Brad Engleking of TBD Post Created Music for Whale Songs and Why He Continues to Give Back to the Next Generation of Film Makers The music and sound space can be seen as challenging, along with a constant fight to get the chance to share the music that was created…or even to learn more about…

The music and sound space can be seen as challenging, along with a constant fight to get the chance to share the music that was created…or even to learn more about how production tools have evolved. Brad Engleking of TBD Post has been a sound professional in the film industry since 2000, but he also has been giving his time to educate the next generation of filmmakers.

When he graduated from Texas State University with a degree in music/sound recording technology, he was able to work on a variety of film projects, from Robert Rodriguez’s Sin City to James Cameron’s Alita Battle Angel to Terrence Malick’s A Hidden Life.

“I was very fortunate at the beginning of my career to work with Robert Rodriguez and his mixer Sergio Reyes,” Engleking said. “Robert saw something in me and gave me the opportunity to learn. And Sergio was so generous with his mentorship that I feel driven to pass that along. I was also lucky to have had amazing mentors and teachers at the Sound Recording Technology Program at Texas State University who taught me not only the theory but the bedside manner that is so important in this business. I really enjoy talking to and especially working with young filmmakers. I think it keeps the work I’m doing more vital.”

Engleking was also involved in the Apple TV+ documentary Fathom and won the Emmy for Outstanding Sound for his work. The film was directed and photographed by Drew Xanthopoulos and follows Dr. Ellen Garland and Dr. Michelle Fournet on the study of humpback whale songs and social communication. 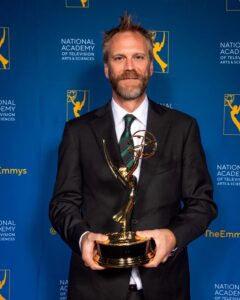 “Fathom was very exciting and rewarding to work on,” he said. “It’s rare that sound takes center stage in a documentary and rarer still to work with a director and producer that want to explore and collaborate to create a unique soundtrack.”

The main challenge on Fathom was that the director recorded all of the audio on a single shotgun mic connected to the camera. But the crew still wanted to have an immersive mix.

“Sound designer Nick Ryan’s team in London and my team at TBD Post in Austin worked countless hours to build a soundscape that is not just immersive, but also authentic to the locations where the movie takes place,” he said. “We spent a lot of time on the mix stage, creating a large dynamic range between the two main locations in Alaska and French Polynesia. The Music was composed by Hanan Townshend, scored in Budapest, and mixed in Austin.”

Engleking has worked with Hanan for years on Terrance Malick’s films, and they developed a shorthand due to the collaboration.

“He really has a gift for writing to advance the story and building honest emotion with his music,” he said. “The raw talent that oozes from that guy… that is the reason I got out of music and into sound!” 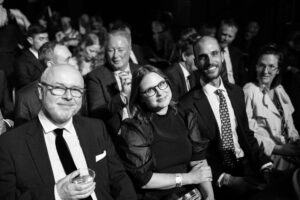 However, despite the talent, Engleking and the team worked very hard to create the music that would be used to go along with whale sounds. He wanted to ensure that it was a mix that wasn’t just “cool on its own but drives the story and helps the audience gain a deeper appreciation for the science and whales.”

“Director Drew Xanthopoulos, Producer Megan Gilbride and I had limited discussions about the mix prior to their arrival. I called Drew after the first couple of days of the pre-mix before he arrived to tell him that I was worried that I was taking the sound too far,” he recalled. “His direction was to be creative and do my thing, and we’d dial it in together. When he and Megan arrived for the first day of the final mix, I played them the opening 20 minutes or so, and it got pretty emotional in the room… We spent weeks polishing the sound after that first day and, in many cases, dialed the mix-up even more than I had. It was a blast working with them.” 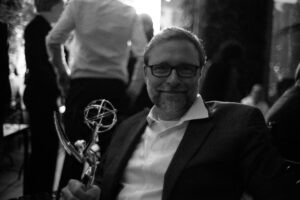 In addition to his work on Hollywood features, Engleking enjoys working with young directors and on independent films. He has also taught classes and lectured at The University of Texas at Austin Radio, Television and Film department, Texas State University’s Sound Recording Technology department, and has participated in panels at SXSW. But he has these words to share with aspiring film creators.

“As far as advice that I give, it tends to be tough love,” he said. “This is a very challenging business, and when you’re starting out, you have to take chances. If you’re a director, writer, editor, assistant, or any other role -you have to block out all the noise and dive in the pool.”